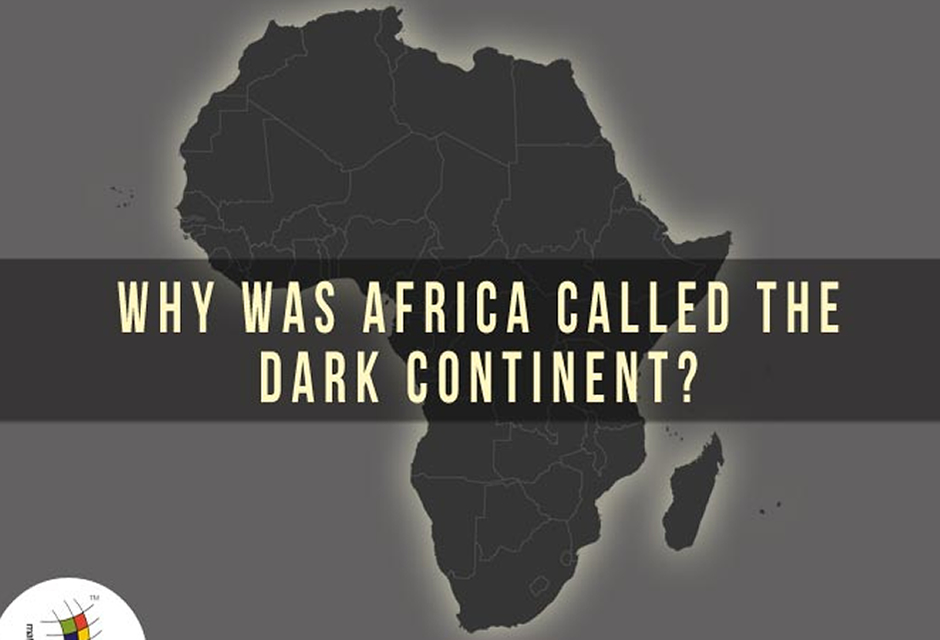 Was Africa really called the dark continent and Why was it called the Dark Continent? It was said that Europe did not know much about Africa until the 19th century. But that answer is misleading and disingenuous. Europeans had known quite a lot about Africa for at least 2,000 years, but because of powerful imperial impulses, European leaders began purposefully ignoring earlier sources of information.

At the same time, the campaign against slavery and for missionary work in Africa actually intensified Europeans’ racial ideas about African people in the 1800s. They called Africa the Dark Continent, because of the mysteries and the savagery they expected to find in the interior.

It is true that up until the 19th century, Europeans had little direct knowledge of Africa beyond the coast, but their maps were already filled with details about the continent. African kingdoms had been trading with Middle Eastern and Asian states for over two millennia.

Initially, Europeans drew on the maps and reports created by earlier traders and explorers like the famed Moroccan traveler Ibn Battuta, who traveled across the Sahara and along the North and East coasts of Africa in the 1300s.

During the Enlightenment, however, Europeans developed new standards and tools for mapping, and since they weren’t sure precisely where the lakes, mountains, and cities of Africa were, they began erasing them from popular maps.

Many scholarly maps still had more details, but due to the new standards, the European explorers—Burton, Livingstone, Speke, and Stanley—who went to Africa were credited with (newly) discovering the mountains, rivers, and kingdoms to which African people guided them.

The maps these explorers created did add to what was known, but they also helped create the myth of the Dark Continent. The phrase itself was actually popularized by the British explorer Henry M. Stanley, who with an eye to boosting sales titled one of his accounts “Through the Dark Continent,” and another, “In Darkest Africa.” However, Stanley himself recalled that before he left on his mission, he had read over 130 books on Africa.

Imperialism was global in the hearts of western businessmen in the 19th century, but there were subtle differences between the imperialist hunger for Africa compared to other parts of the world. Most empire building begins with the recognition of trading and commercial benefits that could be accrued.

In Africa’s case, the continent as a whole was being annexed to fulfill three purposes: the spirit of adventure, the desire to support good work of “civilizing the natives,” and the hope of stamping out the slave trade. Writers such as H. Ryder Haggard, Joseph Conrad, and Rudyard Kipling fed into the romantic depiction of a place that required saving by strong men of adventure.

An explicit duality was set up for these adventurers: dark versus light and Africa versus West. The African climate was said to invite mental prostration and physical disability; the forests were seen as implacable and filled with beasts; and crocodiles lay in wait, floating in sinister silence in the great rivers.

Danger, disease, and death were part of the uncharted reality and the exotic fantasy created in the minds of armchair explorers. The idea of a hostile Nature and a disease-ridden environment as tinged with evil was perpetrated by fictional accounts by Joseph Conrad and W. Somerset Maugham.

By the late 1700s, British abolitionists were campaigning hard against slavery in England. They published pamphlets described the horrid brutality and inhumanity of plantation slavery. One of the most famous images showed a black man in chains asking “Am I not a man and a brother?”

Once the British Empire abolished slavery in 1833, however, abolitionists turned their efforts against slavery within Africa. In the colonies, the British were also frustrated that former slaves didn’t want to keep working on plantations for very low wages. Soon the British were portraying African men not as brothers, but as lazy idlers or evil slave traders.

At the same time, missionaries began traveling to Africa to bring the word of God. They expected to have their work cut out for them, but when decades later they still had few converts in many areas, they began saying that African people’s hearts were unreachable, “locked in darkness.” These people were different from westerners, said the missionaries, closed off from the saving light of Christianity.

The Heart of Darkness

Africa was seen by the explorers as an erotically and psychologically powerful place of darkness, one that could only be cured by a direct application of Christianity and, of course, capitalism. Geographer Lucy Jarosz describes this stated and unstated belief clearly: Africa was seen as “a primeval, bestial, reptilian, or female entity to be tamed, enlightened, guided, opened, and pierced by white European males through western science, Christianity, civilization, commerce, and colonialism.”

By the 1870s and 1880s, European traders, officials, and adventurers were going to Africa to seek their fame and fortune, and recent developments in weaponry gave these men significant power in Africa. When they abused that power—especially in the Congo—Europeans blamed the Dark Continent, rather than themselves. Africa, they said, was what supposedly brought out the savagery in man.

Over the years, people have given lots of reasons why Africa was called the Dark Continent. Many people think it is a racist phrase but can’t say why, and the common belief that the phrase just referred to Europe’s lack of knowledge about Africa makes it seem out-dated, but otherwise benign.

Race does lie at the heart of this myth, but it is not about skin color. The myth of the Dark Continent referred to the savagery that Europeans said was endemic to Africa, and even the idea that its lands were unknown came from erasing centuries of pre-colonial history, contact, and travel across Africa.