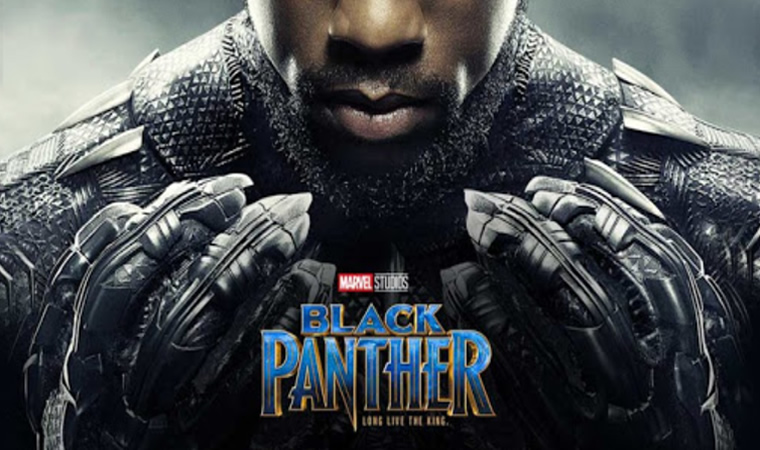 It has become a ritual to follow the hype and discuss the cinematic magic each time a Marvel creation hits the screens. This is because Ryan Coogler has aced every time with the enthralling cinematography following his Fantastic Four legacy. Breaking the boundaries of what a superhero movie must feel like, Black Panther is much more than the portrayal of action figures and the battle of saving the world. It is different as it actually has a message to give. I have always loved Afrofuturistic Movies and the movie has served just the right dose of politics and something to ponder over.

The most wanted part of any superhero movie is its characters. Where T’Challa makes the unmatched picture of Black Panther, the entire cast has put that extra flick of energy and beauty in making the movie stand out. At the end of the day, you will have difficulty in choosing your favorite. Each piece of the puzzle kills it in its own magical way.

Main Characters and their Roles

Boseman was first introduced as Black Panther in Captain America: Civil War and that’s where the movie picks up from. After the death of T’Chaka, T’Challa goes home, Wakanda, to ascend to the throne, protect the kingdom and its people and fight the battle of preserving Wakanda’s isolated treasure. I felt that Boseman clean swept at giving the proof of why he is a good choice for being the incredible, honorable and more of a super cool hero, The Black Panther. What makes him the ‘cool one’ are his tactical and strategic thinking when he’s able to use a variety of weapons but prefers the unarmed combat. I got a bit of warmth beneath his facade where his relationships with his mother, sister, and ex-lover counted more than his heroism.

Michael B. Jordan as Erik Killmonger

The most controversial yet the hottest I saw on the screen. Killmonger made me feel like he made the perfect villain while I found myself wanting him to be the hero! I have a thing for the furious honesty and Jordan has done justice to this character’s needs. As Black Panther is much about the ghosts of the past, Erik carries his tragedies and beliefs along like frenemies. There will be moments where you might feel he steals the movie away from the Title Black Panther to Killmonger! Marvel’s most of the bad men have a past for their evil actions and so, this hottie’s actions are justified here.

M’Baku is another interesting character in the movie who adds a bit of humor with his presence. The character is not fully disclosed in his first appearance as you come to know later that there’s a lot more of him. This warrior plays as the leader of the enemy tribe Jabari who does not wish to see T’Challa as the king. This is because M’Baku also carries his tragic past with him. It was good seeing more of Duke on the screen as his presence brought a bit of joy. Unlike the appearance of a Man-ape in the comics’ series, M’Baku has been altered, pulling out the ape from him.

The figure of romance, T’Challa’s ex-lover, Nakia is the War Dog, a spy of Wakanda carrying on with her missions at different places. She began the movie with her fight for the enslaved women. I feel that this scene gives the story the perfect start it should have had. As the whole movie is perfectly thought to provoke and leaves you with something to think about from the start to the end. Nyong’O justified the character well with her grace and it is reported that she had learned to speak Hausa and got training for Judo and martial arts for some scenes. The efforts were clear and visible in the movie.

So Gurira took some time out from ‘The Walking Dead’ and carried her Action skills to the Black Panther and I would cheer to that. Okoye has a tactical mind and is highly trained, master of several weapons. She was an attraction on the screen being the bad-ass loyal to T’Challa ready to fight any foe, come what may. After Shuri, Okoye was pretty much of a character who could challenge the king.

Black Panther has gone in depth in breaking the ground boundaries. Another sparkly spot that made the movie distinctive is the character Shuri. After all of the hotness in Erik and T’Challa’s heroism, Shuri remained to be my personal favorite. If T’Challa played well with the toys, Shuri was the one who created them. Marvel made Shuri the smartest person on Earth. Her existence added the perfect comedic moments in challenging the King. She also gets to impersonate the Black Panther in brother’s absence.  Letitia played the young sister really well that if you have one, you may relate to some moments too.

W’Kabi is the supporting actor and best friend. T’Challa appoints him as his advisor to the throne. His relationship with Okoye adds more dynamic events to the genius plot. Kaluuya screened in one of the successful movies last year, “Get Out” and played W’Kabi pretty well in the Black Panther. However, it could be better seeing more of him in the movie.

How is Black Panther Revolutionary?

As I had been discussing that the movie has so much more than only superhero dynamics. Coogler has threaded the ideas of race, responsibility, and heroism so well that you would be sighing being left in the thought. The portrayal of patriotism and protection of Wakandan Empire points towards the Afrofuturistic element as to how the community can grow its power through technology and unity. The intelligence of Shuri and the idea of female power, cultural impact and the topic for the future of African American essence, and the Wakandan army at its best leaves the viewer in deep thoughts. The movie can truly prove to be a game changer.

What does it mean to African American society?

There hasn’t been much work on the African American side of the story while Black Panther is centered towards the Afrofuturism. I feel the movie can be a game changer for the movement as young African American boys and girls get to see superheroes that look just like them. Marvel’s works are always high on science and technology, but mingling it up with this thought has given a whole new direction to the community. It can light the candle of hope that a superhero can rise from this minority too. The record-breaking success of the movie shows well as to how Black Panther is a defining moment for the Africans of America.

Black Panther is the recent masterpiece released on February 16th, 2018 from the gallery of Marvel studios that has been bringing fantasy to life by threading blockbusters one after another. The movie is dedicated to releasing the tangled puzzle pieces and making the eyes of the viewers to stick through the end note. Where the end is another majestic story. It has left us all in awe and lit a candle in the hopes for African Future with Technology and Heroism, however, the movie will make you watch it over and over two to three times to completely absorb its essence.