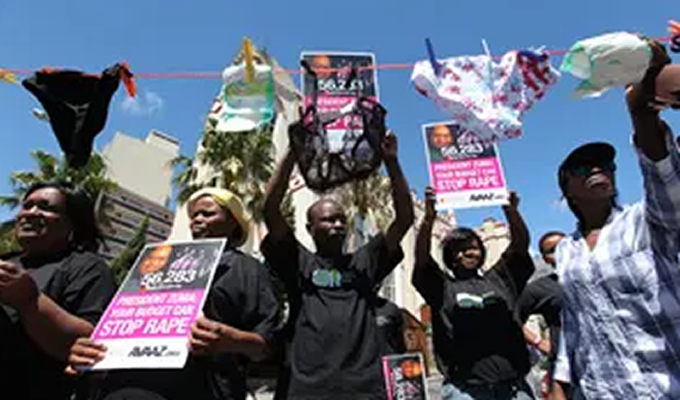 The Guardian has a story on the results of a study by South Africa’s Medical Research Council.

One in four men in South Africa have admitted to rape and many confess to attacking more than one victim, according to a study that exposes the country’s endemic culture of sexual violence. Three out of four rapists first attacked while still in their teens, the study found.

One in 20 men said they had raped a woman or girl in the last year. South Africa is notorious for having one of the highest levels of rape in the world. Only a fraction are reported, and only a fraction of those lead to a conviction.

The study into rape and HIV, by the country’s Medical Research Council (MRC), asked men to tap their answers into a Palm Pilot device to guarantee anonymity. The method appears to have produced some unusually frank responses.