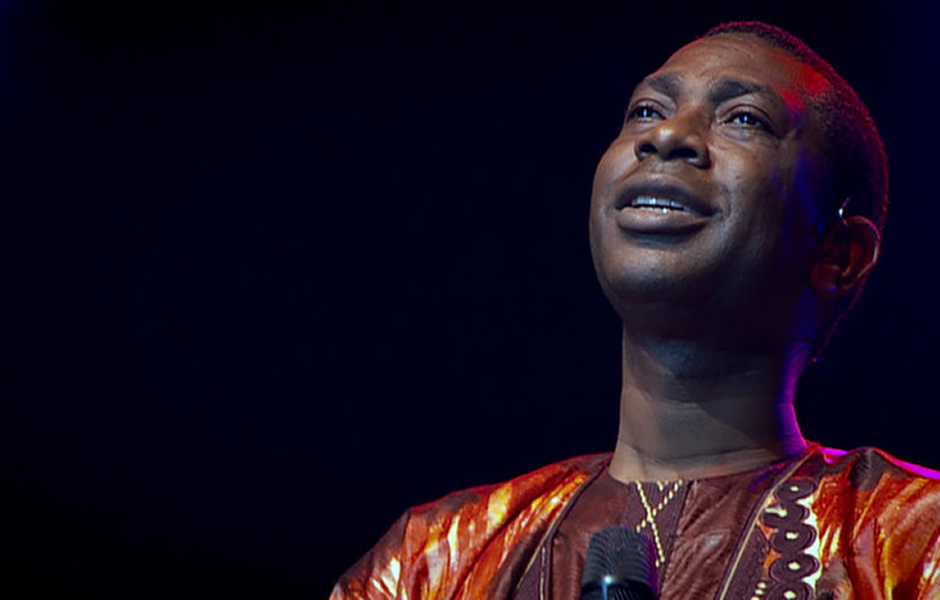 Senegalese-born N’Dour talks about his career and “I Bring What I Love“, the new documentary film about his music, on Canadian TV program, Studio Q.

(I went to see the film earlier tonight at the Brooklyn Academy of Music: the film is built around N’Dour’s recording of the album, “Egypt,” and the negative reaction to it within Senegal. Some Senegalese could not reconcile N’Dour status as a pop singer with his desire to sing (Senegalese) Sufi Islam devotional music.

Though I was occasionally put off by the National Geographic feel of parts of the film and found it too long at times, I was drawn to the recordings of live music and the recounting of N’Dour’s early musical career (the film includes some grainy TV footage from 80s Senegalese TV, among others), his central role in cultural life in Senegal and N’Dour’s relation to his family (a number of whom work for him).