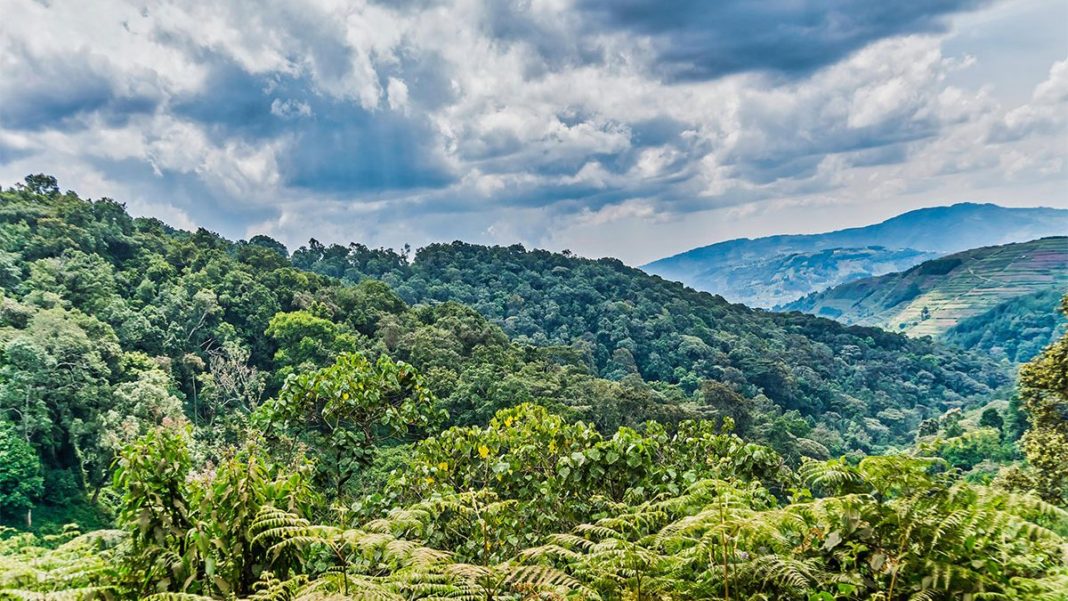 Uganda is a small-landlocked country nestled in the eastern part of African continent, covering a total area of 241,037 square kilometers – its capital and largest city being Kampala. Putting aside its small size, Uganda itself is just adorable with unrivalled beauty, and it is referred to as the ‘’Pearl of Africa’’, a title which was given to it by a British politician called Sir Winston Leonard- Spenser Churchill on his visit to Uganda. There are various factors that Winston Churchill considered in baptizing Uganda the above title out of all the countries that Africa resides. Below are some of the major factors that Winston based on but these may seem unclear to you, as no one can fully explain/tell the natural beauty of Uganda, till when you go visit Uganda and confirm by yourself:

Located along the Equator, Uganda’s exceptional climate is one of the issues as to why Churchill referred Uganda to as the ‘’Pearl of Africa’’. Besides the cooler mountainous areas of Elgon and Rwenzori mountains, Uganda has a warm tropical climate, with temperatures ranging from 25-29°C (77- 84°F). In the early mornings, at around 07:30 am to 08:30 am, when the sun rises, the climate is just superb and the evenings (06:00 pm) always feel chilly after the heat of the day with temperatures around 17-180C (63-64oF). Uganda receives an annual rainfall of between 1,000mm to 1,500mm, except in the dry northern part of the country – Karamoja. The climate of Uganda greatly favors a superb wildlife safaris  throughout the year in the country’s national parks, such as; Queen Elizabeth National Park, Murchison Falls National Park, Kidepo Valley National Park, and Bwindi Impenetrable Forests National Park (home to the rare endangered mountain gorillas), among others.

Uganda is a place in Africa where you can experience all African wildlife species on such a small-beautiful country. The most common and popular national parks in Uganda known for protecting an abundance of wildlife include; Queen Elizabeth National Park, Kidepo Valley National Park, and Murchison Falls National Park. Almost most of African wildlife species can be spotted in the above Parks, such as; African Lions, Cape buffaloes, African Leopards, African forest and savanna elephants, Hippos, Nile crocodiles, Zebras, Giraffes, Elands, Warthogs, Hartebeests, Elands, Topis, Impalas, Ugandan Kob, Bushbucks, Reedbucks, Waterbucks, Oribis, Sitatunga, Warthogs, Civet, Pangolins, and many others. For those interested in viewing the rhinos are recommended to visit the Ziwa Rhino Sanctuary – on your way to Murchison Falls National Park.

Mind-you, Uganda also holds the largest percentage of primates in Africa, especially in Kibale Forests National Park, of which itself has 13 primate species including the eastern common chimpanzees and various monkey species. In the southwestern parts of Uganda lies the epic BWINDI IMPENETRABLE FORESTS NATIONAL PARK, which inhabits almost half of the total number of the endangered mountain gorillas in the world. Uganda is one of the only three lucky countries (Uganda, DR Congo, and Rwanda) to reside these gentle apes, but more special in Uganda is that it comprises of two Parks protecting these gentle apes – the other one being MGAHINGA GORILLA NATIONAL PARK, also nestled in the southwest of Uganda.

Source of the Nile

The longest River in Africa, River Nile, has its source starting right from Jinja – eastern Uganda. The river is approximately 6650 kilometers (4,130 square miles) long and pours its water to eleven African countries although it’s more centered to Uganda as well as Egypt. Other countries through which the River passes include; Tanzania, Rwanda, Burundi, Democratic Republic of the Congo, Kenya, Ethiopia, Eritrea, South Sudan, and Republic of the Sudan. The Nile leaves Lake Victoria (Africa’s largest freshwater lake) at the Ripon Falls near Jinja as the Victoria Nile flowing north for some 130 kilometers (81 miles) to Lake Kyoga.

The last part of the approximately 200 kilometers (120 miles) river section starts from the western shores of the lake and flows at first to the west until just south of Masindi Port, where the river turns north, then makes a great half circle to the east and north until Karuma Falls. For the remaining part; it flows merely westerly through the Murchison Falls until it reaches the very northern shores of Lake Albert where it forms a significant river delta. The lake itself is on the border of DR Congo, but the Nile is not a border river at this point. After leaving Lake Albert, the river continues north through Uganda and is known as the Albert Nile. There are several activities that take place on the Nile, including; white water rafting, kayaking, boat rides, fishing, and many others, which will all offer you with much fun and a great experience – hence a tour to the Nile will take you through another life of adventure.

Uganda is arguably a country to die for, for everyone looking for a diverse cultural experience – as the country is a stewpot of diverse untapped culture and heritage, with over 350 tribes. Some of the major tribes in Uganda include; Buganda, Ankole, Busoga, Bunyoro, Batoro, Karamajongs, Iteso, Bagisu, and Bakiga, among others, each with either a Kingdom or Chiefdom. Therefore, due to the diverse cultural experience that Uganda has, Churchill are one of the factors he based-on to refer it as the ‘’Pearl of Africa’’.

Talking of nature, Uganda is literally compared to no other country in East Africa and only few African countries can fall in the same lane with Uganda when it comes to good nature. This is the reason why it is called “the Pearl of Africa”. The beauty that catches your eyes as you jet into the country is just enough to convince you that the country is a home away from home. This is therefore the reason as to why some people make it a point to arrange a safari holiday to Uganda annually.

However, many things can be told about as to why Uganda is called the ‘’Pearl of Africa’’ but you can never really tell and appreciate the beauty that this African country has got until when you give a visit to it and get immersed in its natural beauty and varied wildlife. Churchill considered many other factors while baptizing Uganda the ‘’Pearl of Africa’’, including; the strategic location of Uganda’s capital city (Kampala) along the shores of African largest great lake (Lake Victoria), good looking people, friendly people, fertile soils, and many others that you need to notice only when you visit the country.

Explore Rwenzori Mountains, the Mountains of the Moon