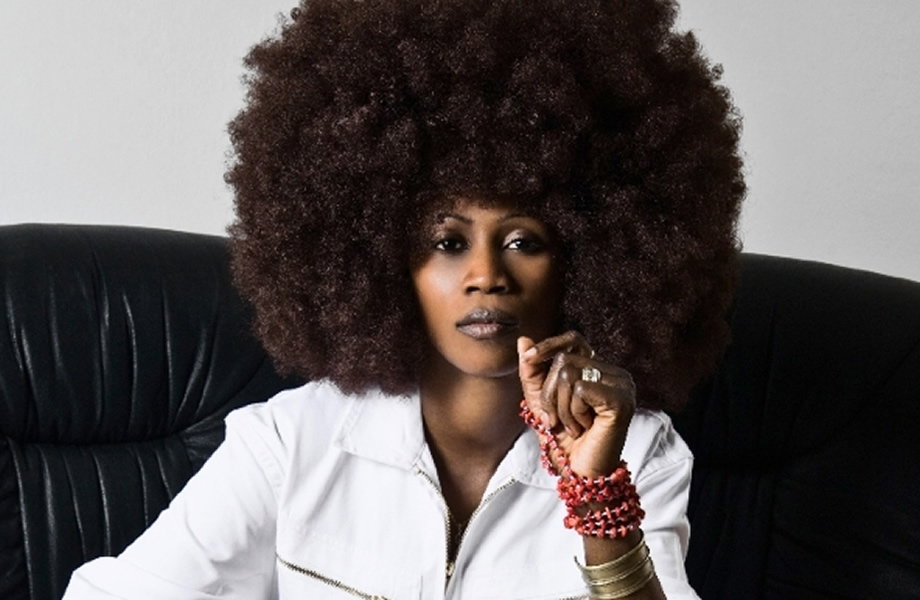 The Senegalese musician and activist Sister Fa advocates a different approach to campaigns against the controversial practice of female circumcision. “An empowered woman will not cut a small girl,” she says.

Sister Fa is indeed a busy woman. When she is not on tour, she is busy engaging the media and giving speeches to high-ranking officials, and other advocacy groups, on the issue of how to deal with Female Genital Cutting (FGC). She recently argued that some NGOs and other women’s groups do not help the victims of FGC due to the way they approach and offer solutions to the controversial practice. Growing up in the south of Senegal, Sister Fa’s mother obeyed social norms and agreed for her to undergo FGC. Sister Fa was one of 50 girls in the village who had parts of her labia and clitoris removed with a sharp knife, without any anaesthetic. Whilst there are many African women who have undergone FGC who will swear by it and say they will have their daughters cut, there are absolutely no health benefits. In extreme cases, it can lead to ongoing health problems, for example in urinating and menstruation, as the wound left from the cutting is sewn up to leave just a small hole. Once a woman is married her hole is cut open for sex and to give birth. In some cases, she is cut open with a knife or sharp instrument while she is fully conscious. Once the child is born, she is re-sewn.

Sister Fa says: “I have been very lucky in my life. My music and creativity have opened doors for me and allowed me to express myself, but this is not true for other women and girls in my country. We talk about women and girls being ‘the new opportunity’ for Africa, but how does this happen in practice? For me, it is firstly about understanding the life of an African girl and what she really goes through.” Although FGC goes on in many countries outside the African continent, such as Yemen, Oman, Malaysia and the UAE, Sister Fa wants to concentrate on encouraging more communities in West Africa to end the practice. “For years, I wondered why my mother had allowed this to happen. But now I know she didn’t have a choice. The cutting was not done to harm me, but my mother felt she was doing what was the best for me,” she says. Although there are many NGOs and advocacy groups that campaign against FGC , Sister Fa believes that the solution lies in finding an African perspective on the matter. She has toured Senegal with her band and she is in a film called Sarabah, which shows her giving concerts in the Casamance region of southern Senegal and visiting schools in her hometown of Thionck Essyl. Her singing and campaigning led to her winning the Freedom to Create Award in Cape Town last year. A woman on a mission, Sister Fa plans to tour Senegal with the British charity The Orchid Project and wants Senegal to be the first African country to really eradicate FGC. At present, although it is outlawed, many communities still continue to practise it. However, the signs are looking promising. So far, 5,000 communities in West Africa have stopped the practice. New African Woman caught up with this empowering woman. Here is what she said:

NAW: Why are you against a tradition that has been part of an African upbringing for over 2,000 years?

Sister Fa: I know what it is like to have a knife in the most sensitive part of your body with no anaesthetic. I have also witnessed the deaths of two girls in my village who died after being cut. In my case even as the knife was cutting my flesh, my mother told me not to cry, as a form of honour to my family.

Why use rap music to speak about female genital cutting?

I decided to use my voice to speak for girls who are too young to say they do not want it. The NGOs reach elders and religious leaders. They sit down and talk to them but often where the adults sit, you do not see the young people. The NGOs draw diagrams and so on. With young people, I can engage them with [the type of] music that appeals to them. We do lots of theatre and music to catch their attention. Music is a great form of communication.

Why does this practice continue despite it being outlawed in many African countries?

It is a social norm. A woman with a clitoris is an impure woman. For example, one woman who had not been cut in my village was not allowed to walk along the same path to the fields as the other women. My mother did not want me to be a social outcast. That would have happened if I was not cut. I would not have been allowed to cook for lots of people or attend weddings or dances. My mother believed she was doing the right thing.

When did you decide to speak out?

I left Senegal in 2005 and moved to Germany. There is always someone around you in Senegal. In Berlin, I had more time to myself. I set up Education without Excision in 2007 and I now spend my time between Berlin and touring in Senegal.

What do you make of the approach of some NGOs?

They describe excision as barbaric. If my mother was to talk to them she would say, “You do not know what you are talking about.” They sometimes use the term “female genital mutilation”. This is completely wrong. The word “mutilation” means to punish and to hurt. This is not the case for the mothers who want their daughters cut. It is to ensure their daughters are not ostracized. Also, I am against this idea that to stop an old woman who is an excisor, you teach her how to use a machine so she can find another source of income.

If the machine breaks, after the NGOs have flown away, she will go back to cutting [girls]. The best way to bring about change is to talk to young people in schools and have a debate. If a whole community decides their girls will grow up well without excision, no one will be paid to cut. The NGOs still talk to the elders. They are less likely to change. I reach young people through concerts and my music. We must engage the next generation. I like the approach of African-based NGOs like Tostan. They use words like “respect” not “mutilation”. Tostan starts by talking to women about self-reliance and how they can hold their own money. Once the women are empowered, it is then that Tostan talks to them about cutting.

Marvel’s Game-Changing Black Panther is Much More than a Superhero Dynamite!

The Return of the Inimitable Asa