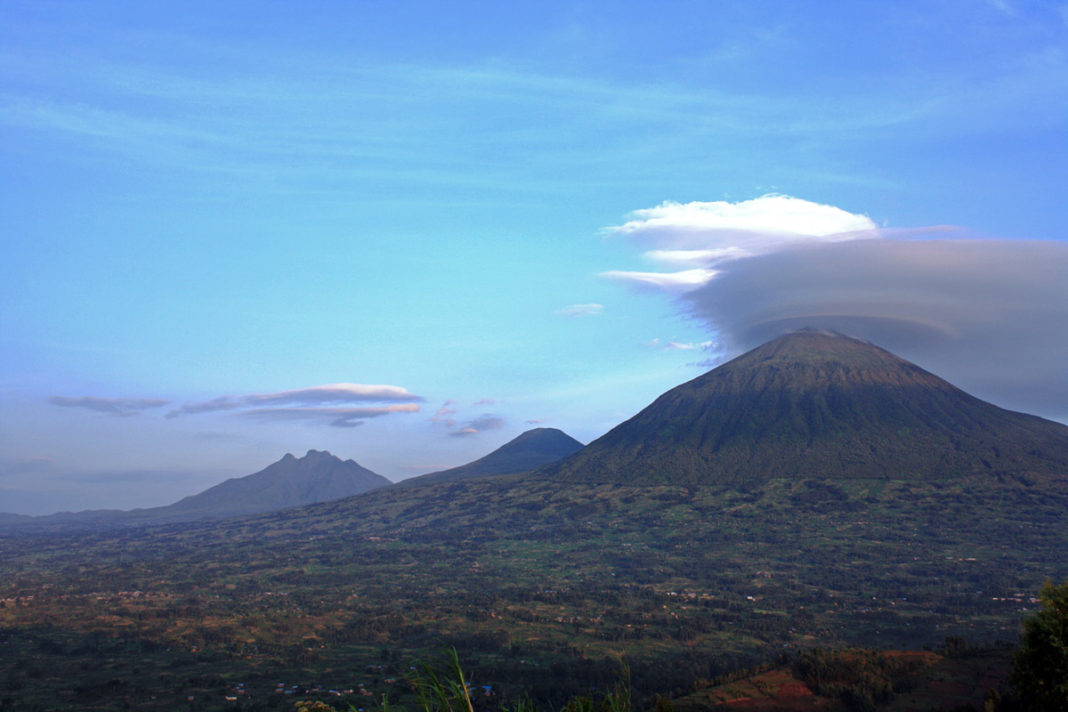 The Volcanoes National Park covers a total area of 160 square kilometers in the northwestern parts of ‘the land of a thousand hills’ – Rwanda. The Park has several attractions that it harbors and it is evidently the most popular protected area in Rwanda. Due to the numerous attractions that the Park has, there are a variety of activities that await tourists/visitors to take pleasure of! Among the many activities in the Park include:

Volcanoes National Park resides five of the eight Virunga volcanoes and thus besides the fantastic and indelible gorilla excursions, visitors can also opt to hike the top of any Volcano which reward them with spectacular views of Rwanda’s rolling hills, all Virunga volcanoes and the surrounding beautiful communities, which is all breathtaking!! Karisimbi Volcano is however the most hiked Volcano and the experience is worthy the hike, though Bisoke Volcano is also among the most sought after in the Park. The other volcanoes in the Park are; Gahinga, Muhabura, and Sabyinyo volcanoes.

A golden monkey trekking permit costs US$ 100, and it is an ideal option activity to tourists who could not afford a mountain gorilla permit. Golden monkey trekking is one of the most done activities, next to gorilla trekking, in Volcanoes national park which attract millions of visitors into this jungle. Golden monkeys are mesmerizing creatures which every visitor should not miss out on his/her trip in Rwanda. It is only in this Park and Uganda’s Mgahinga Gorilla National Park that one can trek and see the golden monkeys in their natural habitats. In these two Parks you can therefore trek both the endangered mountain gorillas and also the fascinating golden monkeys.

The picturesque twin lakes of Burera and Ruhondo and the near at hand Rugezi swamp are known for their fantastic water – birding opportunities. Cruising on these special lakes in Rwanda is an extraordinary and memorable experience. After the strenuous gorilla treks and hikes in Volcanoes National Park, it is advisable for you to go for either canoeing or cruising on these twin lakes for a breathtaking sightseeing tour! The deep blue waters of these twin lakes surrounded by the steep hills and tall waterfall with the outlines of the nearby Virunga Mountains provide a spectacular backdrop. Overnight stay or overstay around the lakes is also possible to tourists who would love to spend more time on these special and scenic lakes as there are many hotels and lodges with top hospitality.

Dian Fossey was an American primatologist and conservationist well known for undertaking an extensive study of mountain gorilla groups in Rwanda’s Volcanoes National Park from 1966 until her murder in 1985. You will visit the ruins of Dian Fossey’s house where she was murdered. You will also see the gorilla graveyard where Dian Fossey is buried. Hiking to the Dian Fossey Tomb is one of the most sought after safari activities in Volcanoes national park, especially visitors on a gorilla trip.

The trek involves a half an hour drive from the park headquarters to the trail head to access the Karisoke research camp where visitors walk for almost 10 minutes to the park boundary. The walk from the Park boundary to the research center where the her grave is, takes like less than an hour and 30 minutes and affords good views of various animals such as; forest elephants, various primate species, forest hogs, forest elephants, and many bird species. Since you are hiking in the home of mountain gorillas, be optimistic of finding these gentle apes on the way and very many other touristic creatures.

The other amazing activities in the Park include; bird watching, caving, cultural encounters – especially visiting the Ibyi’iwacu cultural village, forest nature walks, and many others.

Walk With the Chimpanzees of Kibale Forest of Uganda