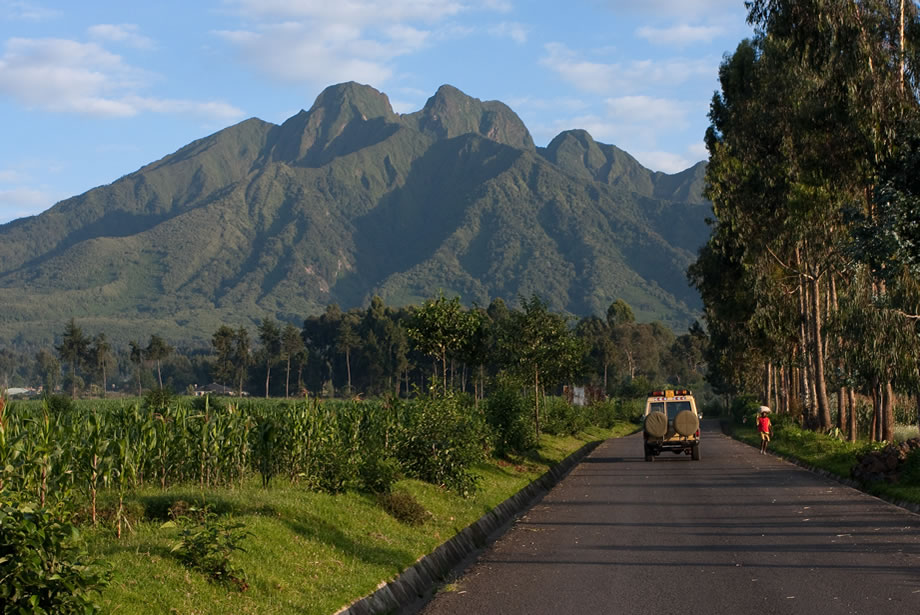 As earlier mentioned, the Volcanoes National Park Rwanda has over 250 mountain gorillas with 10 habituated mountain gorilla groups that are open for tourist visitation. Important to note is that these 10 habituated groups are evenly distributed all over the national park and hiking to get to them varies for about 1 to 8 hours of hike through the forest meaning that some gorilla families can be got to after short hours of hike while others can be got to after long hours of hike. Tourists who feel cannot hike through the forested mountains because of age or other inabilities should inform their tour operator or the guide early enough to ensure that they are allocated gorilla groups that can be got to after short hours of hike.

Alternatively, there are some porters for hire who can help in carrying the luggage through out the entire trek. These porters can also carry someone on the stretcher or extend a hand while passing through the difficult parts of the trail. Porters can be hired at about $10 to $15.

What To Carry For The Safari

Best Time For The Safari

Tracking the mountain gorillas in volcanoes national park can be done at any time of the year though it might be a little challenging during the wet season. It’s therefore recommended for tourists to go for mountain gorilla safaris during the dry season in the months of December to February and from June to September.

For tourists to go mountain gorilla tracking, they must first acquire permits early enough. Each permit is sold at $750 and important to note is that only 80 mountain gorilla permits are available everyday. These can be bought directly from the Rwanda development offices in Kigali or through a trusted tour operator.

Generally the mountain gorilla tracking process in Rwanda’s volcanoes national park is very rewarding and offers exclusive primate safaris that cannot be experienced in any other place on the entire continent.