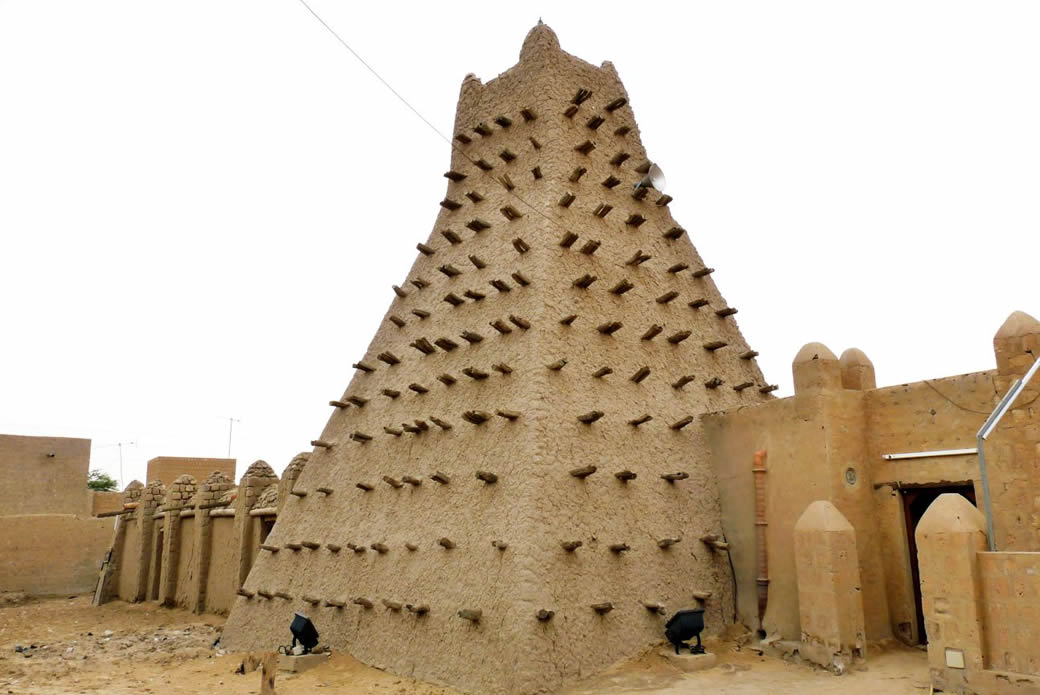 This paleoanthropological site is located in the eastern Serengeti Plain, within the Ngorongoro Conservation Area in northern Tanzania. Olduvai Gorge is remarkable for its deposits, which cover a time span from about 2.1 million to 15,000 years ago and have yielded the fossil remains of more than 60 hominins (human ancestors). 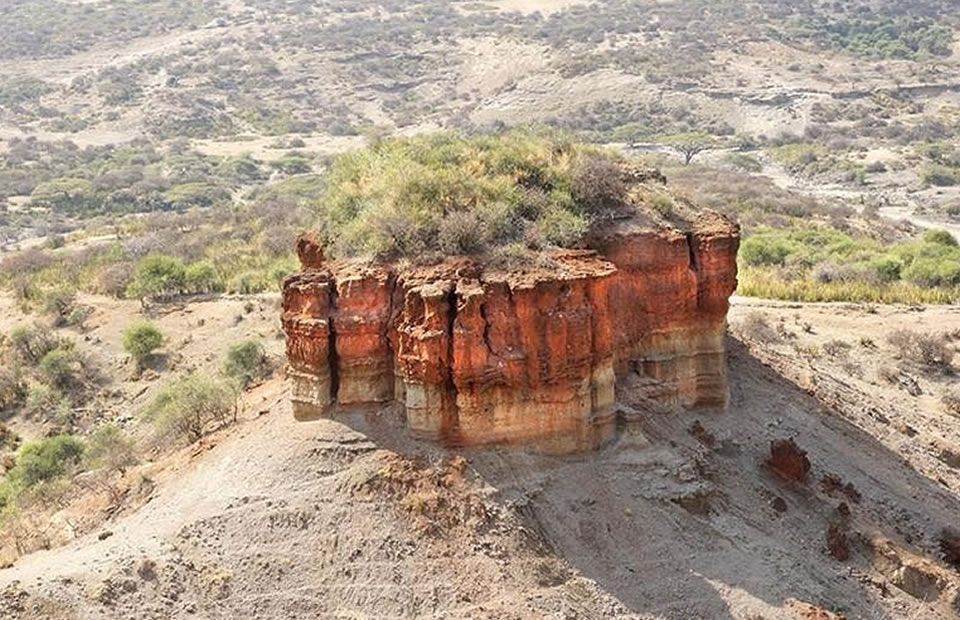 It has provided the most continuous known record of human evolution during the past two million years. It has also produced the longest known archaeological record of the development of stone tool industries. The famous archaeologist and paleoanthropologist Mary Leakey discovered a skull fragment there in 1959 that belonged to an early hominin.

Located on the southern edge of the Sahara in what is now Mali, the city of Timbuktu has historical significance for being a trading post on the trans-Saharan caravan route and as a center of Islamic culture in the 15th through the 17th century.

The city was founded by Tuaregs around 1100 CE, later became part of the Mali Empire, and then changed hands several times after that. Three of western Africa’s oldest mosques—Djinguereber (Djingareyber), Sankore, and Sidi Yahia—were built there during the 14th and early 15th centuries; Djinguereber was commissioned by the famed Mali emperor Mūsā I.

The city was a center of Islamic learning and housed a large collection of historical African and Arabic manuscripts, many of which were smuggled out of Timbuktu beginning in 2012, after Islamic militants who had seized control of the city began damaging or destroying many objects of great historical and cultural value.

Lalībela, located in north-central Ethiopia, is famous for its rock-hewn churches, which date back to the late 12th and early 13th centuries. The 11 churches, important in Ethiopian Christian tradition, were built during the reign of the Emperor Lalībela. 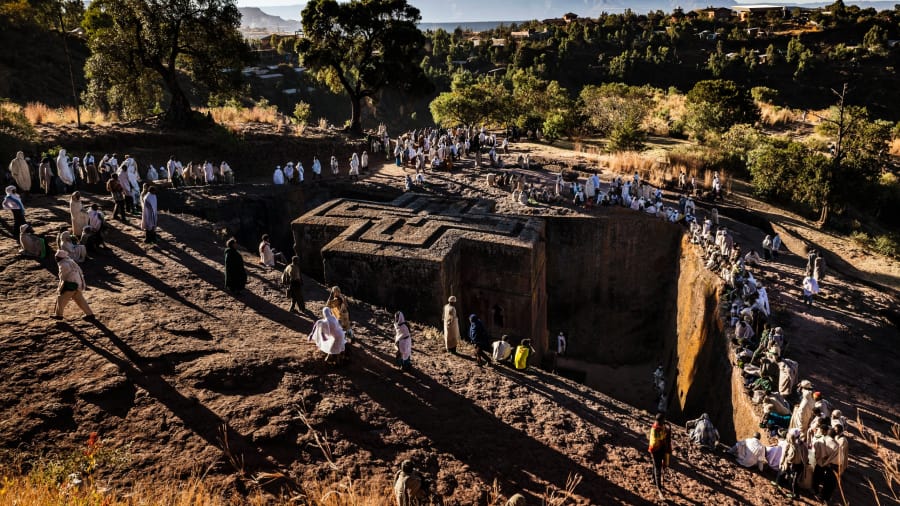 The churches are arranged in two main groups, connected by subterranean passageways. Notable among the 11 churches are House of Medhane Alem (“Saviour of the World”), the largest church; House of Golgotha, which contains Lalībela’s tomb; and House of Mariam, which is noted for its frescoes. Centuries after they were built, the churches still draw thousands of pilgrims around important holy days.

During the 11th to 15th century, Great Zimbabwe was the heart of a thriving trading empire that was based on cattle husbandry, agriculture, and the gold trade on the Indian Ocean coast.

The extensive stone ruins of this African Iron Age city are located in the southeastern portion of the modern-day country of Zimbabwe.

It is thought that the central ruins and surrounding valley supported a Shona population of 10,000 to 20,000 people. The site is known for its stonework and other evidence of an advanced culture.

Because of that, it was incorrectly attributed to various ancient civilizations such as the Phoenicians, the Greeks, or the Egyptians.

Those claims were refuted when the English archaeologist and anthropologist David Randall-MacIver concluded in 1905 that the ruins were medieval and of exclusively African origin.

His conclusions were later confirmed by another English archaeologist, Gertrude Caton-Thompson, in 1929.

The ruins of the ancient Kushitic city of Meroe lie on the east bank of the Nile River in what is now Sudan. The city was established in the 1st millennium BCE.

It became the southern administrative center for the kingdom of Kush about 750 BCE and later became the capital. It began to decline after being invaded by Aksumite armies in the 4th century CE.

The ruins were discovered in the 19th century, and excavations in the early 20th century revealed parts of the town. The pyramids, palaces, and temples of Meroe are stunning examples of the architecture and culture of the kingdom of Kush.

Leptis Magna was the largest city of the ancient region of Tripolitania. It is located on the Mediterranean coast of what is now northwestern Libya and contains some of the world’s finest remains of Roman architecture.

It was founded as early as the 7th century BCE by Phoenicians and was later settled by Carthaginians, probably at the end of the 6th century BCE.

The city became an important Mediterranean and trans-Saharan trade center. Leptis Magna changed hands and eventually became one of the best-known cities of the Roman Empire.

It flourished under the emperor Septimius Severus (193–211 CE) before later seeing some decline owing to regional conflict.

It fell into ruin after it was conquered by Arabs in 642 CE and eventually became buried in sand, only to be uncovered in the early 20th century.