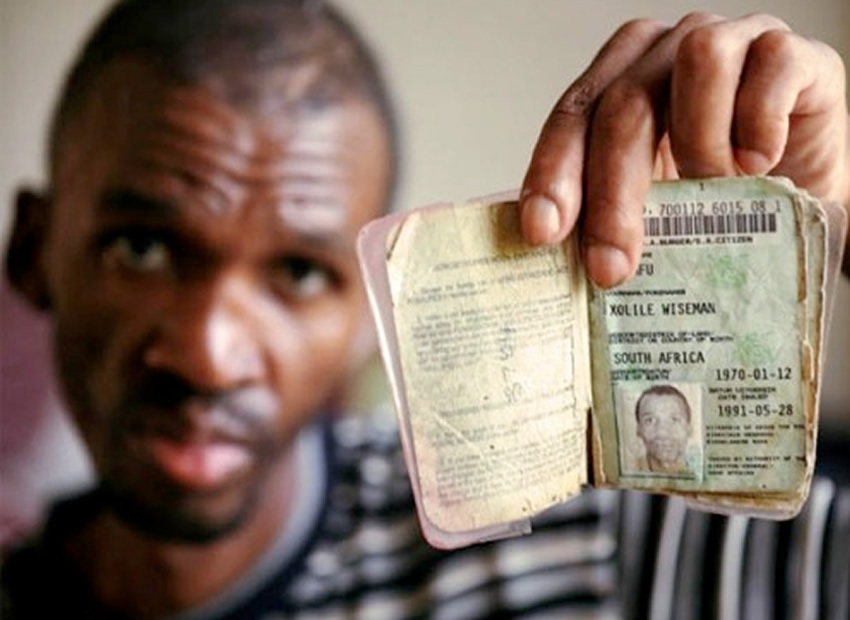 “Xolile Wiseman is shown at the start of Anti Retroviral treatment for HIV/AIDS. He is photographed holding his ID booklet as a point of reference. Patients beginning treatment now, are likely to have contracted HIV during the mid to late 90s’ –The ID photographs, reissued in the post apartheid ID booklets, now serve as a poignant snapshot of the subjects before contracting the virus.

The ID booklet as a symbol, of the marginalization of blacks under apartheid, resonates deeply as many victims of HIV/AIDS find themselves again marginalised, but perhaps more critically from within their own communities. HIV not only attacks the body it targets weaknesses in society. The stigma that still shrouds HIV in South Africa cripples efforts to tackle it. The sense of shame that people feel about the virus prevents them from being tested and telling the results to their friends and families.

At this vital juncture between life and death he is shown to be a shadow of his former self. However, if the ARV treatment is successful, Wiseman may be able to reclaim his identity and lead a full and healthy life.”