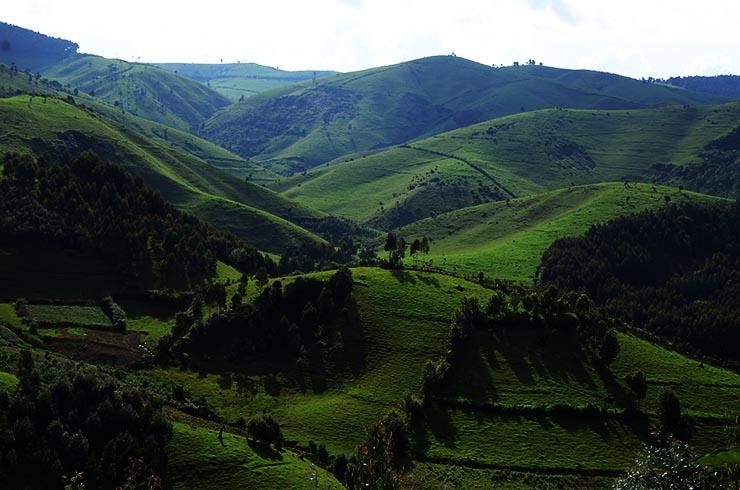 A tiny nation with a tumultuous history indelibly marked by a gruesome genocide, Rwanda has undergone a dramatic turnaround in recent decades but is dogged by criticism over rights abuses and lack of political freedoms.

The former German and Belgian colony is hosting the Commonwealth Heads of Government Meeting (CHOGM) this week, 13 years after it joined the club of mainly former British colonies.

On April 6, 1994, president Juvenal Habyarimana’s plane was shot down, killing him as he returned to Kigali from peace talks with Tutsi rebels who had been waging an insurgency since 1990.

The UN set up the International Criminal Tribunal for Rwanda to try those accused of conducting the genocide. It tried several dozen people before wrapping up its work in 2015. Trials have also been held in Belgium, France and Rwanda itself.

The “land of a thousand hills” lies in central Africa’s Great Lakes region and is home to almost 13 million people, one of the most densely populated countries on the continent.

The Hutus are the majority ethnic group, followed by the Tutsi, and the Twa pygmies, a minority group.

The World Bank has hailed the landlocked nation for “impressive development gains” since the genocide and said it hopes to achieve Middle Income Country status by 2035.

Rwanda has become a destination for conferences, sports tournaments and other events, billing itself “Africa’s Singapore”.

The economy grew by 10.9 percent last year, after the Covid pandemic drove it into recession in 2020, with services the main contributor ahead of agriculture and industry.

While Rwanda lays claim to being one of the most stable countries in Africa, rights groups accuse Kagame of ruling in a climate of fear, stifling dissent and free speech.

Kagame became president in April 2000, although he has been regarded as de facto leader since 1994.

He was returned to office — with more than 90 percent of the vote — in elections in 2003, 2010 and 2017. His most recent victory followed controversial constitutional amendments that allowed him to serve a third term and could see him rule until 2034.

Ahead of CHOGM, rights groups issued an open letter to Commonwealth leaders voicing “grave concerns” about the rights situation.

“Commentators, journalists, opposition activists, and others speaking out on current affairs and criticising public policies continue to face abusive prosecutions, enforced disappearances or have at times died under suspicious circumstances,” they said.

Rwanda has a tempestuous relationship with several of its neighbours, including Uganda, the Democratic Republic of Congo and Burundi.

After Kagame’s RPF took power, over one million Rwandan Hutus fled to Zaire, now the DRC. Kinshasa often accuses Rwanda of sending in troops and supporting armed militias on its soil. Rwanda meanwhile says its giant neighbour is a rear-base for groups hostile to Kigali.

Although ties improved under Congolese President Felix Tshisekedi, tensions have heightened recently over the resurgence of the M23 rebel group.

Relations with Uganda were also strained over mutual accusations of espionage, kidnapping and support for rebels, but there has been a rapprochement this year.

Rwanda won its independence in 1962. Under Kagame it has moved closer to the English-speaking world, joining the Commonwealth in 2009, ironically at the same time France restored ties after a three-year break.

Kigali has long accused Paris of complicity in the genocide, charges denied by France although a 2021 report commissioned by President Emmanuel Macron found it bore “serious and overwhelming responsibility” for the bloodletting.

– Gorillas in the mist –

The popular Rwanda’s Volcanoes National Park boasts hundreds of mountain gorillas, with numbers increasing thanks to stronger security measures and efforts to win over local villagers.

A 2015 census found there were more than 1,000 in the Virunga mountain range straddling Rwanda, Uganda and the DRC, and Uganda’s Bwindi Forest. They are now listed as “endangered” by the International Union for Conservation of Nature, while other great apes remain “critically endangered”.

In the 1980s decades of poaching had caused the mountain gorilla population to plunge to just 250 across the Virunga massif. Famed American primatologist Dian Fossey was murdered in Rwanda in 1985, allegedly because of her anti-poaching efforts. Her autobiography “Gorillas in the Mist” inspired the Hollywood film.