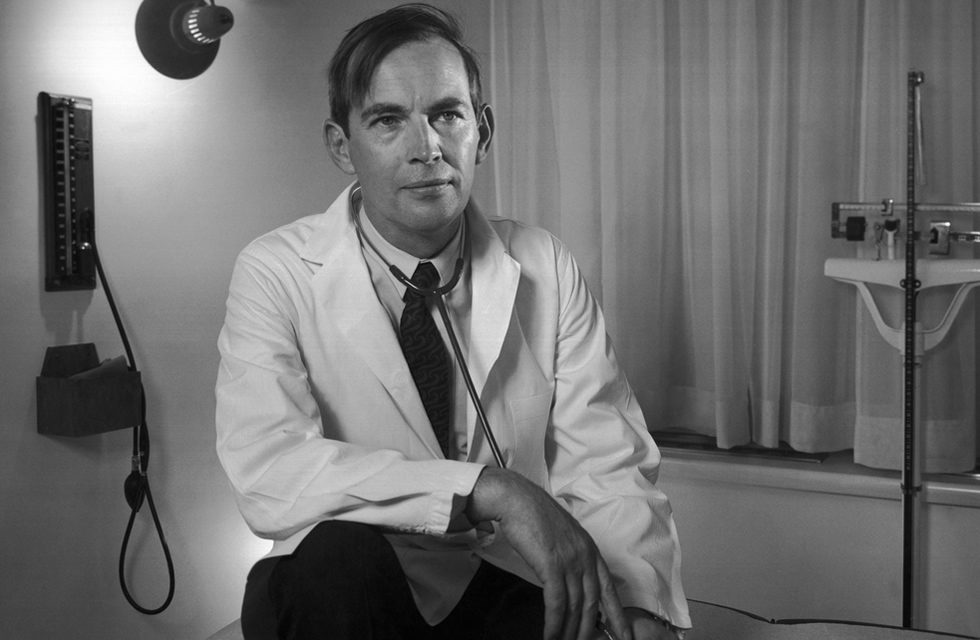 After a decade of heart surgery, Barnard and his gifted cardiothoracic team of thirty (which included his brother Marius), were well equipped to perform the nine hour long operation. The recipient was Louis Washkansky, a fifty three year old grocer with a debilitating heart condition.

Washkansky received the heart of Denise Darvall, a young woman who was run over by a car on 2 December and had been declared brain dead after suffering serious brain damage. Her father, Edward Darvall agreed to the donation of his daughter’s heart and kidneys.

The operation started shortly after midnight on a Saturday night and was completed the next morning just before 6 a.m. when the new heart in the chest of Louis Washkansky was electrically shocked into action.

After regaining consciousness he was able to talk and on occasion, to walk but his condition deteriorated and died of pneumonia eighteen days after the heart transplant. Groote Schuur Hospital has set up the ‘Heart of Cape Town Museum’ which honours those who played a leading role in the surgical feat. Theatres A and B are the orginal theatres and have been recreated to display an authentic representation of the ground breaking operation.