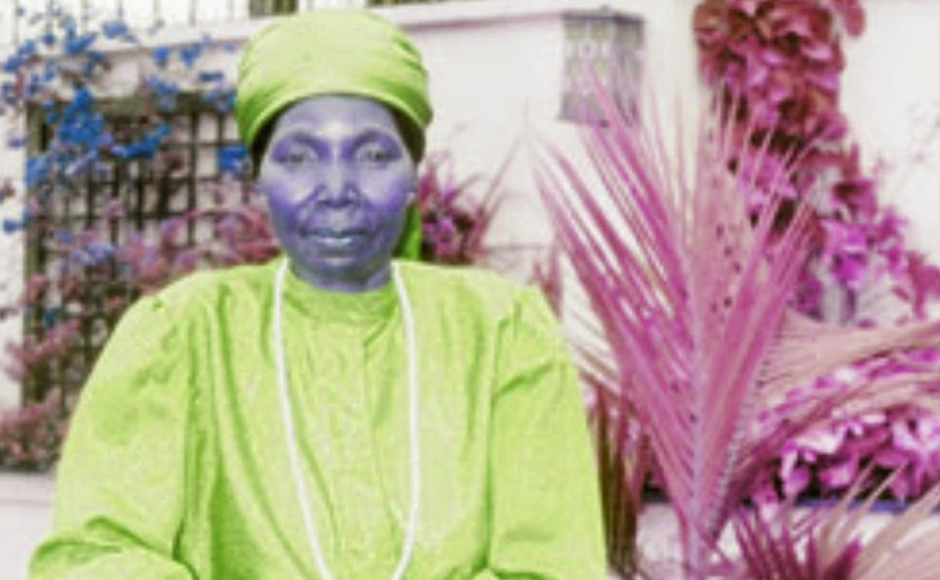 Grace Ogot, a celebrated Kenyan writer of ethnic Luo origin, accomplished midwife, tutor, journalist, and a BBC Overseas Service broadcaster and the first woman to publish a novel in East Africa and second in Africa after Nigeria`s Flora Nwapa.

Grace Emily Akinyi Ogot (born May 15, 1930) is a celebrated Kenyan writer of ethnic Luo origin credited for being the first African woman writer in English to be published with two short stories in 1962 and 1964. Ogot was not only an author and the first woman to have fiction published by the East African Publishing House but an accomplished midwife, tutor, journalist, and a BBC Overseas Service broadcaster. Grace Ogot was a founding member of the Writers’ Association of Kenya.

As a woman known widely for her anthologized short stories and novels, Ogot`s first novel The Promised Land (1966) was published in the same year as Flora Nwapa’s Efuru and deals with the subject of migration.

Her stories—which appeared in European and African journals such as Black Orpheus and Transition and in collections such as Land Without Thunder (1968), The Other Woman (1976), and The Island of Tears (1980)—give an inside view of traditional Luo life and society and the conflict of traditional with colonial and modern cultures. Her novel The Promised Land (1966) tells of Luo pioneers in Tanzania and western Kenya.

Grace Emily Akinyi Ogot earned a distinctive position in Kenya’s literary and political history. The best-known writer in East Africa, and with a varied career background, she became in 1984 one of only a handful of women to serve as a member of Parliament and the only woman assistant minister in the cabinet of President Daniel Arap Moi.

Valentina Tereshkova and Grace Ogot. Chairman of the Committee of Soviet Women, and Russian cosmonaut Valentina Tereshkova (born 1937, left) meeting with Kenyan writer and politician Grace Ogot (born 1934). Tereshkova was the first woman in space, making her only flight on the Vostok 6 mission of 16-19 June 1963. Photographed in Moscow, Russia, on 1st July 1971.

Ogot has also published three volumes of short stories, as well as a number of works in Dholuo. Her attitude towards language is similar to that of her fellow Kenyan, Ngugi wa Thiong’o’s, but until recently her writing has not received the critical appraisal bestowed on Ngugi’s writings. Her writing style is splendid in its evocation of vivid imagery; she captures the formalities of traditional African interpersonal exchanges, governed by protocol and symbolism. Indeed, Grace Ogot can undoubtedly be said to be one of Africa’s finest writers.

Ogot also worked as a scriptwriter and an announcer for the British Broadcasting Corporation’s East African Service, as a headmistress, as a community development officer in Kisumu, and as an Air India public relations officer. She appeared on Voice of Kenya radio and television and as a columnist in View Point in the East African Standard. In 1959 Grace Akinyi married the historian Bethwell Ogot of Kenya.

Ogot was born Grace Emily Akinyi to a Christian family on 15 May 1930 in Asembo, in the district of Nyanza, Kenya – a village highly populated by the predominately Christian Luo ethnic group. Her father, Joseph Nyanduga, was one of the first men in the village of Asembo to obtain a Western education.

He converted early on to the Anglican Church and taught at the Church Missionary Society’s Ng’iya Girls’ School. From her father, Ogot learned the stories of the Old Testament and it was from her grandmother that Ogot learned the traditional folk tales of the area from which she would later draw inspiration.

Emerging from the promised land in the anthills of the Savannah, Ogot attended the Ng’iya Girls’ School and Butere High School throughout her youth. From 1949 to 1953, Grace Ogot trained as a nurse at the Nursing Training Hospital in Uganda. She later worked in London, England, at the St. Thomas Hospital for Mothers and Babies.

She returned to the African nursing profession in 1958, working at the Maseno Hospital, run by the Church Missionary Society in Kisumu County in Kenya. Following this, Ogot worked at Makerere University College in Student Health Services.

In addition to her experience in healthcare, Ogot gained experience in multiple different areas, working for the BBC Overseas Service as a script-writer and announcer on the program “London Calling East and Central Africa”, operating a prominent radio program in the Luo language, working as an officer of community development in Kisumu County and as a public relations officer for the Air India Corporation of East Africa.

In 1975, Ogot worked as a Kenyan delegate to the general assembly of the United Nations. Subsequently, in 1976, she became a member of the Kenyan delegation to UNESCO. That year, she chaired and helped found the Writers’ Association of Kenya. In 1983 she became one of only a handful of women to serve as a member of parliament and the only woman assistant minister in the cabinet of then-President Daniel Arap Moi.

In 1959, Grace Ogot married the professor and historian Professor Bethwell Allan Ogot, a Luo from Gem Location, and later became the mother of four children. Her proclivity towards story-telling and her husband’s interest in the oral tradition and history of the Luo peoples would later be combined together in her writing career.

In 1962, Grace Ogot read her story “A Year of Sacrifice” at a conference on African Literature at Makere University in Uganda. After discovering that there was no other work presented or displayed from East African writers, Ogot became motivated to publish her works.

Subsequently, she began to publish short stories both in the Luo language and in English. “The Year of Sacrifice” (later retitled “The Rain Came”) was published in the African journal Black Orpheus in 1963 and in 1964, the short story “Ward Nine” was published in the journal Transition. Grace Ogot’s first novel The Promised Land was published in 1966 and focused on Luo emigration and the problems that arise through migration.

Set in the 1930s, her main protagonists emigrate from Nyanza to northern Tanzania, in search of fertile land and wealth. It also focused on themes of tribal hatred, materialism, and traditional notions of femininity and wifely duties. 1968 saw the publishing of Land Without Thunder, a collection of short stories set in ancient Luoland. Ogot’s descriptions, literary tools, and storylines in Land Without Thunder offer a valuable insight into Luo culture in pre-colonial East Africa. Her other works include The Strange Bride, The Graduate, The Other Woman and The Island of Tears.

Many of her stories are set against the scenic background of Lake Victoria and the traditions of the Luo people. One theme that features prominently within Ogot’s work is the importance of traditional Luo folklore, mythologies, and oral traditions. This theme is at the forefront in “The Rain Came”, a tale that was related to Ogot in her youth by her grandmother, whereby a chief’s daughter must be sacrificed to bring rain.

Furthermore, much of Ogot’s short stories juxtapose traditional and modern themes and notions, demonstrating the conflicts and convergences that exist between the old ways of thought and the new. In The Promised Land, the main character, Ochola, falls under a mysterious illness that cannot be cured through medical intervention.

Eventually, he turns to a medicine man to be healed. Ogot explains such thought processes as exemplary of the blending of traditional and modern understandings, “Many of the stories I have told are based on day-to-day life… And in the final analysis, when the Church fails and the hospital fails, these people will always slip into something they trust, something within their own cultural background. It may appear to us mere superstition, but those who do believe in it do get healed.

In day-to-day life in some communities in Kenya, both the modern and the traditional cures coexist.” Another theme that often appears throughout Ogot’s works is that of womanhood and the female role. Throughout her stories, Ogot demonstrates an interest in family matters, revealing both traditional and modern female gender roles followed by women, especially within the context of marriage and Christian traditions.

Such an emphasis can be seen in The Promised Land, in which the notions both of mothers as the ultimate protectors of their children and of dominant patriarchal husband-wife relationships feature heavily. Critics such as Maryse Conde have suggested that Ogot’s emphasis on the importance of the female marital role, as well as her portrayal of women in traditional roles, creates an overwhelmingly patriarchal tone in her stories.

However, others have suggested that women in Ogot’s works also demonstrate strength and integrity, as in “The Empty Basket”, where the bravery of the main female character, Aloo, is contrasted by the failings of the male characters. Though her wits and self-assertion, Aloo overcomes a perilous situation with a snake, whilst the men are stricken by panic.

It is only after she rebukes and shames the men that they are roused to destroy the snake. In Ogot’s short stories, the women portrayed often have a strong sense of duty, as demonstrated in “The Rain Came”, and her works regularly emphasize the need for understanding in relationships between men and women.

Prior to Kenyan Independence, while Kenya was still under a Colonial regime, Ogot experienced difficulties in her initial attempts to have her stories published, stating, “I remember taking some of my short stories to the manager [of the East African Literature Bureau], including the one which was later published in Black Orpheus.

They really couldn’t understand how a Christian woman could write such stories, involved with sacrifices, traditional medicines and all, instead of writing about Salvation and Christianity. Thus, quite a few writers received no encouragement from colonial publishers who were perhaps afraid of turning out radical writers critical of the colonial regime.”

Ogot’s family members shared her interest in politics. Her husband served as head of Kenya Railways and also taught history at Kenyatta University. Her older sister, Rose Orondo, served on the Kisumu County Council for several terms, and her younger brother Robert Jalango was elected to Parliament in 1988, representing their family home in Asembo.