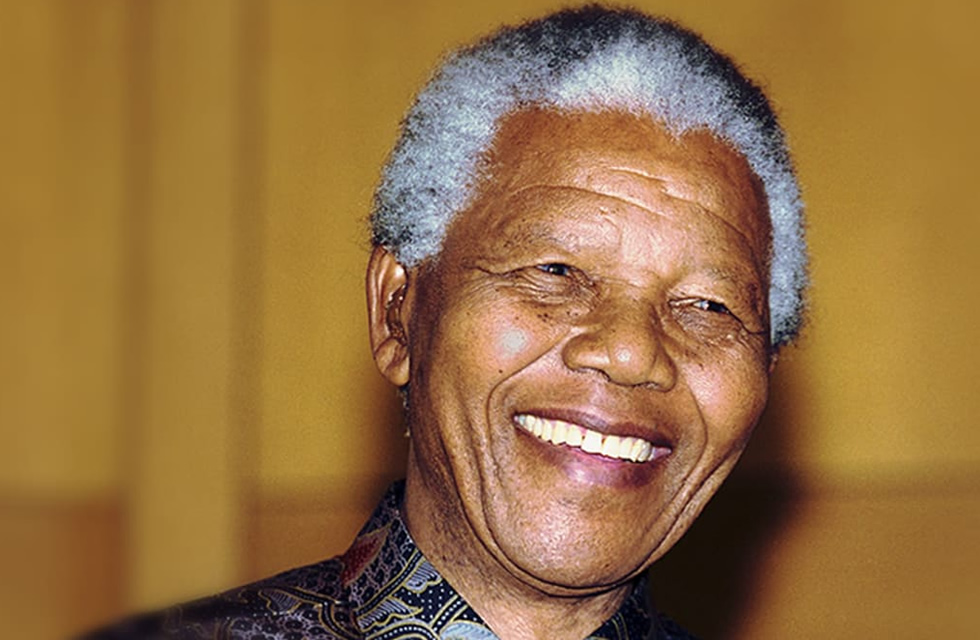 It would take an entire book (or several books) to describe all the great and famous people of Africa. Below you will see a list of many of these personalities followed by a description of them. Some of the people listed are from the past and some are still alive. The list includes presidents, religious leaders, warriors, and kings. The information below, written for kids and adults, includes facts about who these people were, what their accomplishments were, and how they became famous.

Of all the famous people of Africa perhaps Nelson Mandela is the most known. This great leader helped free his nation from apartheid. He was born in the South African town of Transkei in 1918. Outraged when the National Party which supported racism came to power in South Africa he became active in fighting for equal rights for all people in South Africa.

He founded the military wing of the African National Congress which was involved in sabotaging government installations. He was put in prison in 1990 and stayed there for twenty seven years. During his time in prison his popularity grew. He organized political education classes in jail and continued his fight against apartheid. After being released from jail he became the first democratically elected president of South Africa. He died in December of 2013.

Nnamdi Azikiwe, PC, usually referred to as “Zik”, was a Nigerian statesman who was Governor General of Nigeria from 1960 to 1963 and the first President of Nigeria from 1963 to 1966. Considered a driving force behind the nation’s independence, he came to be known as the “father of Nigerian Nationalism”.

Winner of the Noble Peace Prize in 1984 Bishop Desmond Tutu is a world renowned religious leader who has fought diligently against apartheid, xenophobic violence in South Africa and other violence against human beings both black and white.

He was born in South Africa in 1931 and has been honored with many awards. He has also served many high post, including General Secretary of the South African Council of Churches, Dean of Saint Mary’s Cathedral in Johannesburg, and Bishop of Lesotho.

Shaka was a famous African Zulu king and warrior. He was born in 1786 and was the son of the Zulu chief Senzangakona. At the age of twenty six his father died and left Shaka’s brother as king. As a prime example of his ruthlessness, sometime around 1820, he killed his brother and became king.

He would become famous for his brutality. Shaka was a military genius training his warriors in special military tactics and in the use of modern weapons. Under his rule the Zulu people became a powerful nation numbering over one million. His troops were feared by enemies and his motto was “Death or victory”.

5. Cetewayo kaMpande: Cetewayo ruled over the Zulu kingdom from 1872 to 1879 and was the king during the Anglo-Zulu War. In 1879 his army defeated the British at the battle of Isandlhwana in Zululand South Africa. This was the worst defeat the British would ever experience against an African enemy.

However the British eventually regrouped and Cetewayo was captured and imprisoned. Three years later Queen Victoria granted him a pardon and he returned to his home land. In 1884 he died from what was believed to be a heart attack but may have been a poisoning.

Related:  The story of Igbo who chose death over slavery and drown themselves together with their captors in 1803

Kofi Annan was the seventh Secretary-General of the United Nations, serving from 1997 to 2007. In 2001 he won the Nobel Peace Prize. He was born in Kumasi, Ghana on April 8th, 1938. He influenced world politics in a positive manner and worked diligently at resolving conflicts between nations in a peaceful manner.

He envisaged the African Union long before it became a reality. His footprints are still blueprint for us to follow. Kwame Nkrumah PC was a Ghanaian politician and revolutionary. He was the first Prime Minister and President of Ghana, having led the Gold Coast to independence from Britain in 1957.

Fearless pan-Africanist of recent times who is fighting for the land which belonged to his ancestors. Robert Gabriel Mugabe was a Zimbabwean revolutionary and politician who served as Prime Minister of Zimbabwe from 1980 to 1987 and then as President from 1987 to 2017.

9. Julius Nyerere Former president of Tanzania. A great leader who refused to allow the trappings of power to corrupt him. He was respected by his country, Africa and the rest of the world.

10. Marcus Garvey A visionary pan-African leader and thinker. A practical man, he could have united all blacks if he had not been jailed.

12. Patrice Lumumba A pan African hero and symbol of African nationalism. A martyr of the African cause.

13. Thabo Mbeki President of South Africa. The representative of the young generation of
new African statesmen. A Renaissance man.

Related:  10 Amazing health benefits of tiger nuts that will blow your mind

17. Haile Selassie was Ethiopia’s regent from 1916 to 1930 and Emperor of Ethiopia from 1930 to 1974. Haile Selassie was known to his people through many titles from ‘Conquering Lion of the Tribe of Judah’ to ‘Emperor of the Nation’. He was an influential figure of the Twentieth Century, symbolizing a new African independence from colonialism.

18. Pele African-Brazilian footballer. The greatest. His feet and feats on the football pitch brought huge pride and honour to all blacks.

19. Bob Marley Jamaican musician and creative genius. He touched the hearts and minds of millions worldwide.

20. Olusegun Obasanjo President of Nigeria. A former military offi cer who voluntarily gave up power
to civilians in 1979. He was returned to power in 1999 to save a worsening situation.