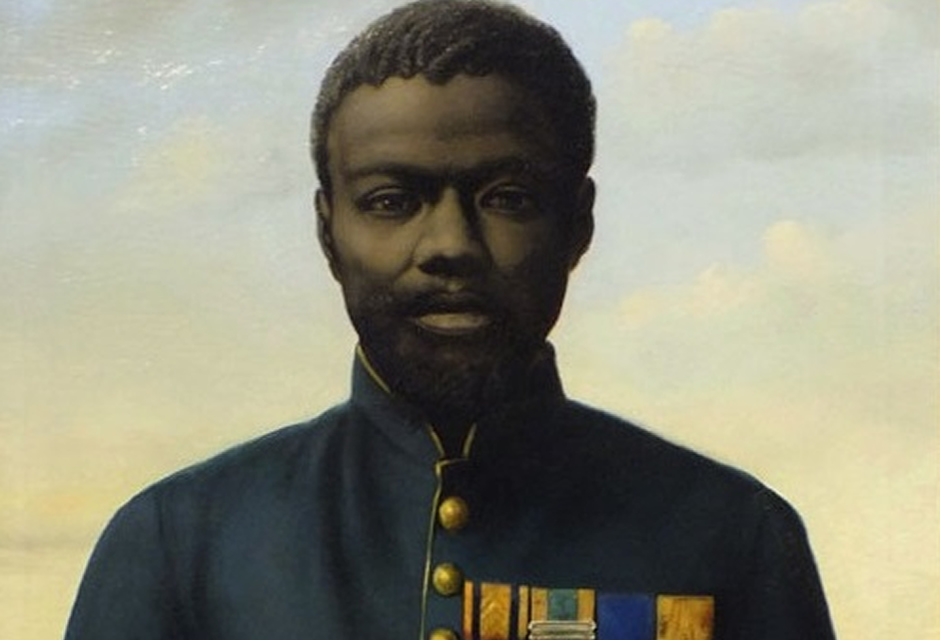 Jan Kooi was the first African corporal to gained some fame in the Netherlands for his brave feats in the Atjeh (now Aceh) war which happens to be the longest, deadliest and most inconclusive war ever in Dutch colonial history. The sultanate of Atjeh, on the northern tip of Sumatra, was distinguished to be a stronghold both of piracy and of orthodox Islam. During the 19th century, the Dutch constantly expanded their control over Sumatra.

The Atjeh war began in 1873 and ended only in 1904. To this day, there is a secessionist movement in Aceh fighting against Indonesian government troops. Jan Kooi entered into the service of the Dutch East Indies army in 1869, at the age of 20 years. He was born in Elmina in 1849.

His mothers’ name was Essowa. His father’s name is poorly readable in the army records: something like ‘Dinaba’. With his new Dutch name of Jan Kooi, he enlisted at the recruiting station in Elmina for the duration of 12 years, receiving a considerable bounty of 200 guilders.

From 1874 to 1879 he was engaged in numerous military expeditions in Atjeh, earning himself a range of distinctions: the Atjeh medal 1873-1874; the distinction for extraordinary efforts in Atjeh 1873-1874; twice he is mentioned with distinction in the campaign records; in 1881 he is awarded the bronze medal.

On top of these decorations, Jan Kooi was the first African soldier to be awarded the highest military honors in the Dutch army: the Militaire Willemsorde (4th class) No wonder that he was a famous man during his brief stay in the Netherlands in 1882, on the way back to his native Elmina. Newspapers reported how he had saved the life of his commander by killing two Atjeh fighters, while himself suffering ten bullet wounds under enemy fire.

Later that year he earned a reward of 100 guilders for saving the life of lieutenant Bijleveld by killing a heavily armed Atjeher. The article in the Overveluwsch Weekblad noted that Kooi spoke perfect Dutch, but also spoke warmly about his family and homeland.

During his stay in Harderwijk, the garrison town with the recruiting station for the colonial army, he had twice his portrait painted. Two very different portraits: the highly formal soldier’s posture on the portrait by J.C. Leich; and the impressionistic portrait by Isaac Israels, one of the most famous Dutch painters in the 19th century.

After army service, Jan Kooi settled in his native Elmina, which meanwhile had been handed over to the British. Here we encounter him once more in the baptismal records of the church of St. Joseph: on 30 May 1886, Joannes Kooi is mentioned as the godfather to Grace Maria Plange, daughter of Jacob Plange and Arala Yaniba.