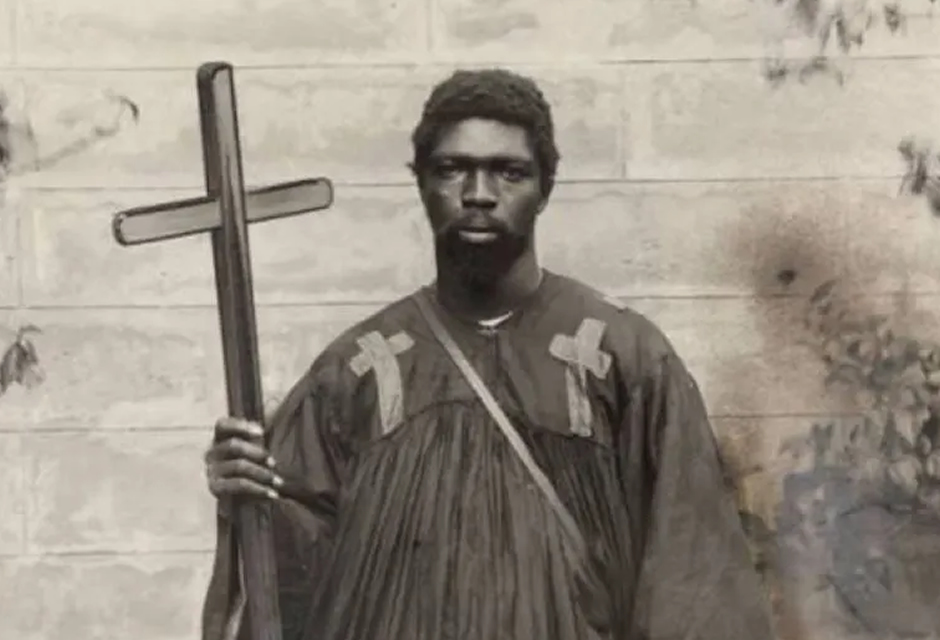 He was a Goldcoast Prophet- Preacher. Kwame Sampson Oppong started his Life as a Labourer before becoming a Traditional Priest as he got a Spiritual call. His business activities and divine call as traditional priest and a healer took him to Ivory Coast.

He continued his Labourer Job in Ivory coast until he became a foreman. In 1913, he was unfortunately Jailed in Ivory Coast for embezzlement.

Whiles in Jail, he had an encounter with God through a dream instructing him to burn his fetishes. He resisted this and other admonitory experiences over several years before eventually accepting the call.

He Later returned to the Gold Coast precisely Bompata in the Ashanti territory in 1917, where he began preaching and calling for the destruction of fetishes and abandonment of magic and witchcraft. He later moved to Brong- Ahafo where he got a large following including chiefs and other traditional leaders.

Kwame Oppong had a unique way of Preaching, He often held a large bamboo cross in one hand and carried a flat oval stone in the other which he linked to the Biblical verse, Revelation 2:17 NIV
“Whoever has ears, let them hear what the Spirit says to the churches. To the one who is victorious, I will give some of the hidden manna. I will also give that person a white stone with a new name written on it, known only to the one who receives it.”

He brought a great impact to the Methodist church. He baptized over 10, 000 people and converted over 20,000 souls. Oppong retired later and lived at his native village where he carried out his evangelistic outreaches in neighboring villages. He died in 1965.