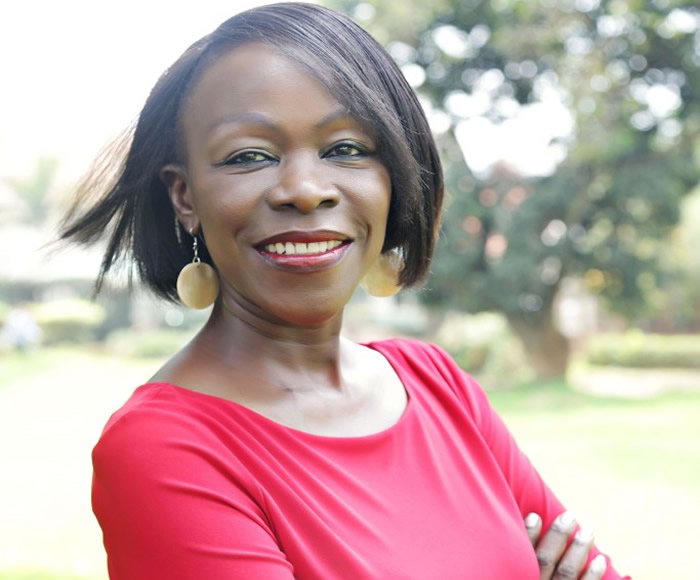 Marren is the Executive Director of Eastern African Sub Regional Support Initiative for Advancement of Women (EASSI) headquartered in Kampala but serves eight countries in East Africa and the Horn. She is a proudly independent woman, a fierce feminist and a single mother who has raised her four daughters to be equally independent and powerful women. She has lived her life with courage, passion and poise even during the most trying moments.

As expected, the school attracted other wealthy families in the region and Marren remembers mingling with the Mboijanas, Sembeguyas, Zikuzokas and the Rwezibas all wealthy families at the time. After her form four year leaving exams, she proceeded to Delhi University in India, where she majored in Sociology.

With such a solid background everyone expected her to come back home get married and live happily ever after but this wasn’t meant to be. After a few years and four children down the road, Marren realized that the relationship wasn’t ideal for her or for her four little girls and decided to brave the world of single parenthood.

I strongly believe that children should grow up with both parents so my decision to do it the other way was a very painful one. Raising children as a single parent is not easy especially when you are still trying to find a footing in your career. Times were terribly difficult for us at home I remember living on borrowed finances. There was this friendly moneylender from whom I would pick money for our upkeep. When I couldn’t pay, I gave him my car log book which he kept for a long time. I would just pick the log book to renew the road license and take back it back to him. He knew my struggles and was very tolerant of my situation.

Sometimes my family would chip in to help give my children a well-rounded upbringing. I come from a very large family of sisters, brothers and cousins so we had a lot of interaction which helped my children to learn social skills.

However, when it comes to personal development of your family, you are on your own.I did my best to instill strong Christian values in my children, who are now adult girls by the way. We have always had a tradition of praying together.á A family that prays together stays together.I made sure I was present at all their school events as much as possible, I supported them in all ways as they grew into teenagers and blossomed into adults, I took them to the best schools that I could afford, exposed them to opportunities to grow and sent them on exchange visits locally and abroad. I welcomed many of their friends to the house because I wanted to know who their friends were, and when they were adults I sometimes escorted them to their social events so that I could learn what they were all about. God has been good and all the girls have completed their education, two with Masters in Marketing and Public Policy respectively, one, an engineer, currently working and doing her PhD and one owns an interior design company.

Marren moved to Uganda in 2004 to take her position as Executive Director at EASSI, and has lived here ever since. EASSI was formed by women and men in 1996 following the 4th World Conference on Women in Beijing China in 1995.It was formed to monitor government implementation of the Beijing Platforms for Action that emanated from the conference. EASSI’s vision is a society where all enjoy gender equality, social justice, peace and development. It served the countries of Burundi, Eritrea, Ethiopia, Kenya, Rwanda, Somalia, Tanzania and Uganda. We focus in advocating for policies and laws that promote the rights of women and gender equality as well as working with communities to support women’s economic empowerment.My coming to Uganda was such a great opportunity for me. At this point my children were old enough and I wanted an adventure and to experience something different from my own country Kenya. I had been to Uganda a few years before and loved the environment, the ambience and the green. It’s been a good stay and I cannot complain. I call myself an East African because I live in one East African country, was born in another and work in all of them.

2013 was a turning point in Marren’s life after being diagnosed with stage 3 colon cancer. My life flashed in front of my eyes and I stubbornly refused to believe that I was nearing the end of my life. I decided to get a second opinion in Nairobi.The doctors there advised me to go to India to get more in depth tests that would tell me the exact location of the tumors and their sizes.I had some savings and immediately rushed to India.The scan results were terrifying and I resigned myself to the coming months of chemotherapy. The doctors in India recommended a biopsy which showed that I was carrying a gene called KRAS, which increases the probability of the cancer spreading very fast.This was even more devastating news, and when I learnt that the medication for the KRAS would be Shs12M per month, apart from the medication for the cancer itself, I despaired and wondered where I would get that money. I completely surrendered myself to God because this was a task out of my hands.But God miracles, his wonders to perform.

My family put up a fundraising campaign on Facebook to which people responded generously. could not believe it.Even people I did not know sent me money. The friends of my children that I had hosted in years gone by sent messages and contributions.People were so generous and this really raised my spirits and helped me to recover. With the help of my children, family and friends and Facebook, money came in every month, enough for each dose that I needed for the KRAS treatment. I was very weak in the beginning but got better and better. My Oncologist here in Uganda, Dr. Omoding was always cheerful to the extent that I would look silly being all grumpy and depressed. I thank God that I was put in the company of such wonderful people. One of the people who gave me the most hope was a Kenyan lady I had never met called Caroline who was also recovering from colon cancer. She learnt through friends that I had colon cancer and took it upon herself to support me. She introduced me to oncologists in Kenya and India, helped me arrange for my trip in India, book the hotel and made all the arrangements.She even filled for me the visa form online and just handed it over to me. When I arrived in India, she was already there ahead of me and showed me around and told me where to find what. God Bless her.

Coping was not easy but I had made up my mind to fight this disease.I read as much as I could from the internet and ate and drank what I thought would help in my recovery.My diet completely changed and I no longer eat red meat, muchomo, drank sodas or take acidic fruits. I am conscious of what goes into my mouth. Thank God, after my last visit to India recently following nine long months of chemotherapy twice a month, I received the good news that there was no visible sign of disease. Cancer is not a death sentence. I can finally say that with a smile.

She advises other women going through a similar experience to remain positive and optimistic. Good vibes in your body contribute to your healing. They should not give up. Surround yourself with friends and family so that you have a wide support group. Be close to your God and talk to him constantly. Learn as much as possible about the disease. Knowledge is power. If there is a cancer support group in your area and reach out to them. You’ll be surprised how much comfort you will gain from sharing your own experience and learning from others.

Like many women, Marren was inspired by her mother to take this career path. I was inspired by my mother who was a women’s leader in her community and often defended women who were oppressed or violated. My mother was the Provincial Chairperson of Maendeleo ya Wanawake, a Powerful National Movement of Women in Kenya. When I saw how my mother used to speak for women, help them come out of poverty by teaching them new skills, and empowering them in many different ways, I was moved and took an interest. I remember her telling me to always walk tall and hold my head up high.The rest as they say is history.

She is a self-proclaimed feminist and knows there are still so many misconceptions of what feminism really is in this society. People think that a feminist is a woman who is rabid, combative, aggressive and anti – men. No, a feminist is against the masculinity issues that oppress women and actively works to contribute to righting those wrongs. Society clings to so many outdated norms and beliefs in the name of culture that is so retrogressive and backward.Women are usually at the receiving end of negative culture such as Female Genital Mutilation, for example, in the name of controlling women’s sexuality.

Apart from her children, Marren credits the CHOGM in 2007 as her proudest achievement. My most memorable experience was when my organization EASSI was chosen to chair the Civil Society Forum of the Women’s affairs Ministers Meeting that took place here in Uganda ahead of the CHOGM in 2006. My proudest moment was when I acted as the Master of Ceremonies during the official opening of the event. With hardly any resources but with goodwill from both government and partner NGOs, we went ahead to organize a Forum that saw participation of more than 500 participants from all the 53 countries in the Commonwealth, a number, I was told that broke records compared to similar meetings in the past.

I became the Chairperson of the Commonwealth Women’s Network which is a global network of women’s organizations and individuals from Commonwealth Countries. This experience led me to being appointed as a CSO member of the Commonwealth Gender Plan of Action Monitoring Group which has membership from National Gender Machineries such as the Ministries of Gender and CSO representation from each region. I represented the whole of Africa, and Europe that did not have a representative at the time but now with recruitment of a Southern Africa representative, I represent East and West Africa. I am currently the CSO spokesperson. In this capacity, I am invited to attend key events organized by the Commonwealth globally where I represent the Civil Society.

She also holds a Master’s Degree in Public Health Leadership from Uganda Christian University, Mukono. I personally think that Marren Akatsa-Bukachi is an incredible force of nature; she has fought the good fight both personally and professionally with God by her side and emerged a winner. Her story is one many girls today need to hear and look up to, learn how to never give up, work with passion and give the things you love your all.