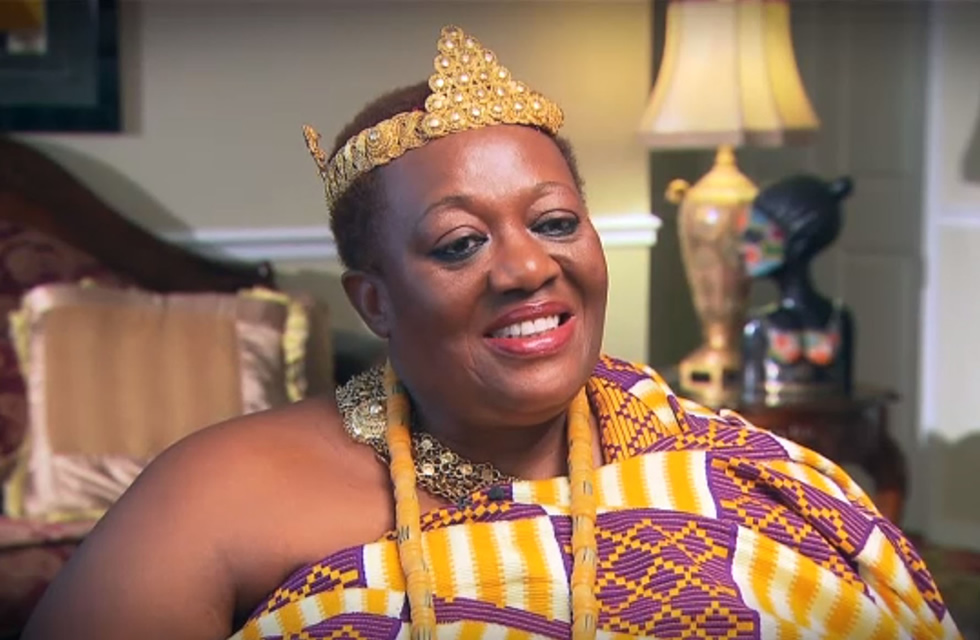 Nana Amuah-Afenyi VI, or Peggielene Bartels, acknowledged informally as King Peggy, is the first woman paramount chief of the Ekumfi Otuam traditional place in Mfantsiman East District inside the Central Region of Ghana.

She was born on born 1953. She is likewise the third female in Ghana to be enstooled as a paramount leader of a Ghanaian Traditional Area. Ekumfi Otuam had been historically and traditionally warrior people amongst their Ekumfi sub-institution of Fante ethnic group in Ghana.

Ekumfi area in the Central Region has one of the most highly educated people in Ghana. Otuam is also the hometown of late Professor John Evans Atta Mills, the former president of Ghana and the one-time computer wiz-kid David Kwamena Bolton.

Nana Amuah Afenyi is the first female paramount chief of this traditional area and one of the few female chiefs in Ghana. As it is the norm, though Fantes are matriarchal people, chieftaincy title was for men to hold it in favor of women.

In Fante and most Akan cultures, It is the women that decide who becomes a chief however, they are not eligible for kingship. Nevertheless, in certain situations, they can take their own seat from the men and rule on their own.

Nana Afenyi was born Peggielene Bartels in Ghana and a naturalized citizen of the United States, she has worked as a secretary at the Embassy of Ghana in Washington, D.C. since the 1970s. Following the death of her uncle, Otuam’s former chief, in 2008, she was chosen to replace him, through a series of traditional rituals. ” Otuam’s elders consulted genealogical records, discussed which of the king’s relatives had the characteristics required to rule, and came up with a list of 25 candidates.

Bartels was the only woman. Then the chief priest poured libations of schnapps to the ancestors, intoning each of the names. When Bartels’s name was called, the schnapps, instead of sinking into the ground, steamed up — a clear indication of divine approval.”

Since chosen the first female chief of her village, she has spent several weeks each year in Ghana, on the anniversary of her coronation. She plans to become a full-time chief after her retirement from the embassy, at which time she will oversee a 1,000-acre (4.0 km2) family-owned estate and occupy an eight-bedroom palace.

Bartels is a member of the Afro-European Bartels family, whose ancestor Cornelius Ludewich Bartels was Governor-General of the Dutch Gold Coast between 1798 and 1804, and whose son Carel Hendrik Bartels was the most prominent biracial slave trader on the Gold Coast in the second quarter of the nineteenth century.